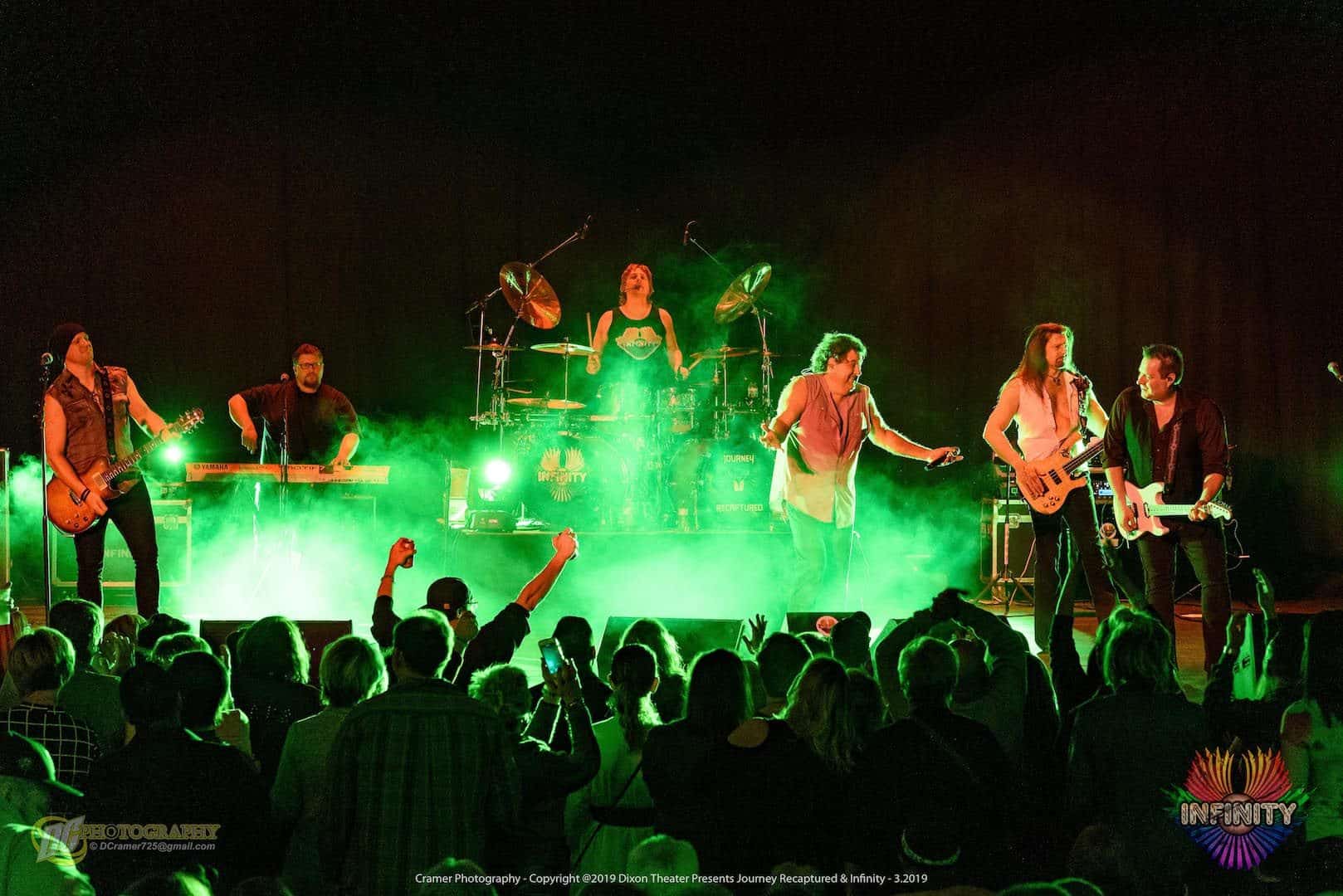 Formed in 1985, Infinity grew from being not only a Journey Tribute band, but one of the top drawing cover – bands in the Midwest. Two-plus decades rocking the hundreds of local music festivals lighting up the Chicago suburbs each summer have put Infinity in front of hundreds of thousands of fans. Consequently, the band has built an incredible following, making them the Top most successful cover bands in the nation’s third-largest metropolis. Infinity continues to break attendance records at Clubs and Festivals across Chicago and the Midwest. But more importantly, Infinity maintains the intangible ability to include the audience and make them feel as if they are part of the show. A quote from the Lead singer Bob ” this is not our show, it’s yours” Infinity enjoys thousands of fans young and young at heart, who sing along and become the chorus to their music. This is the difference between performers and genuine entertainers. Perhaps this is the reason for the perpetual following and return to area Festivals and Clubs across the Midwest year after year after year.